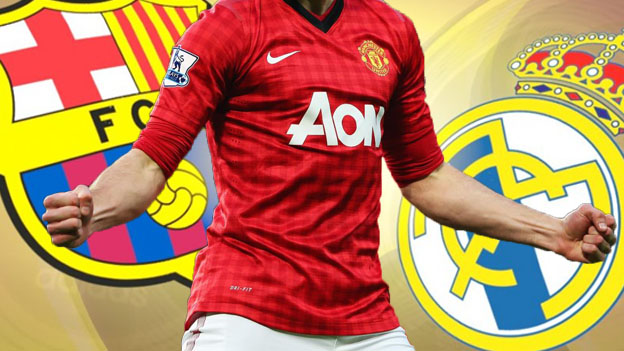 Despite not making it out of the Champions League group stage , and failing to deliver the goods while playing boring football under manager Louis van Gaal, Manchester United remains one of the biggest clubs in the world and is about to get bigger still.

The club currently has:

Next season you can add to this a share of the £5.1 billion a new domestic television deal with BT Sport and Sky Sports will bring into the clubs coffers.

What is next for United?

Currently in the earnings table United sits third behind Real Madrid and Barcelona while still being the biggest earners in the Premier League with £395.2 million. This season that figure will rise to £500 million thanks to new commercial sponsorship and a return to the Champions League.

As the club prepares for the future a big star is on the cards to arrive at Old Trafford, with main kit sponsor Adidas seemingly keen for United to put Barcelona super star Neymar in a Red Devils jersey.

The 24-year old Brazilian will not come cheap, but given Manchester United new found revenue a marketing icon such as Neymar will surely take Manchester United to the next level as regards the world’s biggest teams.