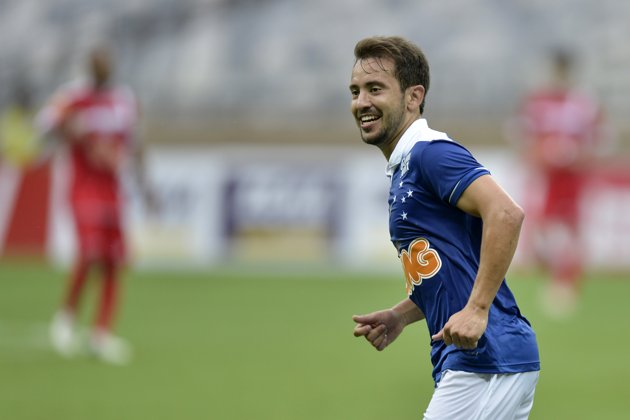 Brazilian attacking midfielder Everton Ribeiro who plays for Cruzeiro has opened talks with Manchester United to tray and arrange a January transfer according to his agent.

Ribeiro is looked upon as one of the rising stars of football in Brazil, and has been linked strongly with a move to Old Trafford these past few weeks.

As far as his club Cruzeiro are concerned the 24-year-old play maker is not for sale, despite his agent revealing that talks are already underway for a move to the Premiership.

‘David Moyes has been impressed. I’ve already been to England and talked personally with them.

‘In United’s opinion, he is the complete midfielder.’

Any agreement to sign Ribeiro is expected to cost more than £15 million but with United in need of a midfielder he is certainly a possible January target.