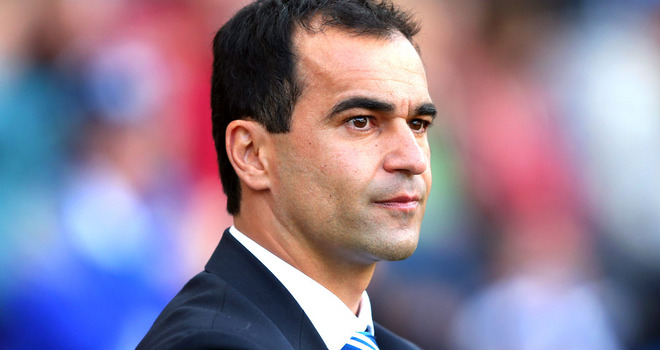 According to Wigan Athletic owner Dave Whelan Manchester United made a huge mistake in not hiring Roberto Martinez to replace Sir Alex Fergusson as manager.

Martinez took over at Everton from David Moyes at the start of the season after managing the Lactics for four seasons with Wigan owner Whelan calling the Spaniard one of the best managers in the world.

“I think he’s the best manager in the world and I was a little surprised that Man U didn’t come for him because I knew that Alex was going to retire,” the 77-year-old told Sky Sports News.

“Alex had already told me that he was thinking of retiring and I was a bit surprised that Man U didn’t.

“They have still got a great lad in David Moyes, let me say that, he’s still a great manager, but Roberto now going to Everton, he will take Everton to places they can only dream about.”

Since Moyes took over United have struggled in the Premiership sitting sixth in the table seven points adrift of Arsenal and will take on a struggling Tottenham on Sunday with manager Andres Villas-Boas knowing it is a must win for Spurs if he wants to keep his job following their 6-0 thrashing against Manchester City last weekend.

United meanwhile will be full of confidence after hammering Bayer Leverkusen 0-5 away during a Champions League group match last night in Germany.