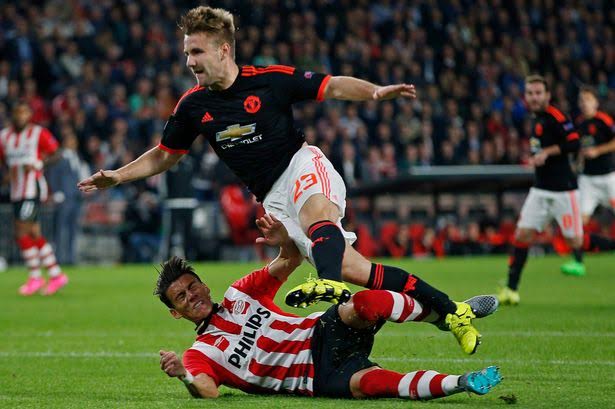 Manchester United manager Louis van Gaal has instructed his team to beat Southampton tomorrow for the injured Luke Shaw as the England youngster begins his recovery following two operations on a broken leg he suffered midweek during United Champions League Group Stage match with PSV Eindhoven in the Netherlands.

Some of his Red devil’s teammates said the sight of Shaw laying injured troubled them badly, but manager LVG hope that they can give the youngster something to smile about by beating the Saints on Sunday down on the south coast.

Van Gaal said: “There was a question in the press conference about the mental effect of such an injury.

“I said I cannot prove that. I cannot see in the heads of the players, but I have now read in some papers that some players said it had an influence.

“Maybe it will have a positive influence in the dressing room. When you see us playing and the spirit we have, I don’t have any doubts.”

“We can only say for this kind of injury that it’s at least six months,” said Van Gaal.

“But it’s dependable on the development of the rehabilitation.

“There can be circumstances that he can come back, but it means that everything has to be good for six months.”