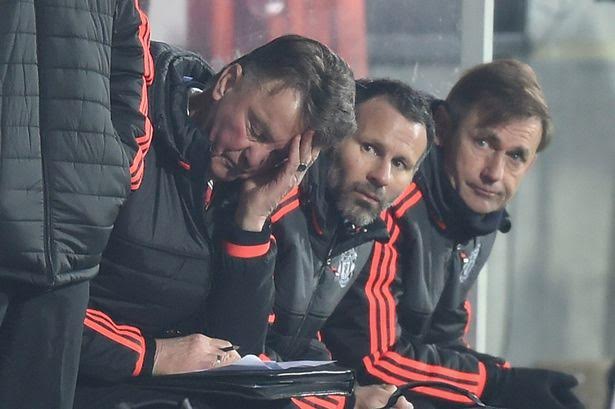 Manchester United have a plan in place to sack manager Louis van Gaal and will follow the same tactic’s they used when firing David Moyes by cutting ties with the Dutchman once it is no longer possible to finish at least fourth in the Premier League according to the Sunday Mirror.

Qualifying for the Champions League is seen as a necessity for the club, and failure to do so means you have not lived up to the reason why you were hired in the first place, providing the board with a good excuse to let you go.

Surprisingly what this means is that the Red devils could crash out of the FA Cup following a Shrewsbury tomorrow and fail to get past Danish minnows FC Midjytlland on Thursday and still keep his job at Old Trafford.

Should this be the case we would hope that the 64-year-old Dutchman would in fact resign rather than cling on until the board said it was time to go.

Whatever happens now we must assume that van Gaal must know he has failed at Manchester United following an unprecedented spending spree of over £250 million without bringing success to the club.

As far as United’s directors are concerned they also realise that the club cannot continue to on from week to week with such speculation hanging over when LVG will be sacked.

Manchester United is the biggest club in England and quite possibly the world after the new television deal kicks in and as such have a responsibility not only to the fans, but also the sponsors to show that the team not only grows financially but on the pitch as well.

In this regard Louis van Gaal and his boring possession based football has let everyone down and while perhaps it could have been put up with if United were still in the Champions League and battling for the Premier League title, to be where they are right now at this stage of the season is just not good enough.