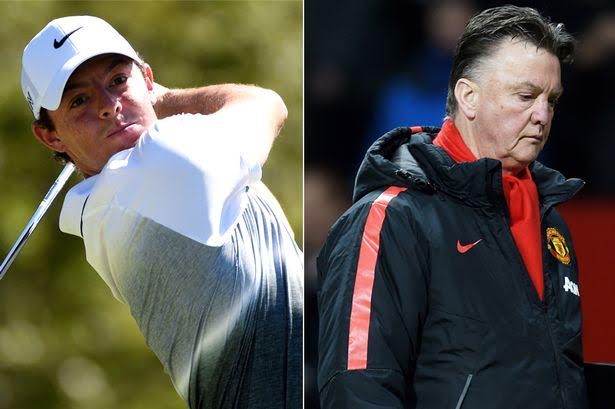 Dutchman van Gaal has spent huge amounts of cash once again this summer yet with just a few weeks into the new season United finds themselves already five-points behind neighbours Manchester City.

Four time golf major winner McIlroy is now questioning if van Gaal is the right man for the Old Trafford hot-seat saying: “I think the new signings will be good in time, but I’m not convinced LVG is the right man to lead us.

“I don’t know, it’s a hard one. Everyone is dropping points, and it looks like City might run away with the league.

“At least we’re back in Europe, so that’s a good thing.”

United is finding it hard to score goals in the league, with Northern Irishman McIlroy hoping that Rooney’s performance for England will restore his confidence at Old Trafford.

He told Sky Sports: “Rooney did well for England at the weekend, so hopefully that will give him confidence when he returns to domestic football.

“A top-four finish is obviously likely, and hopefully we’ll challenge for the title, but we’ll see.”