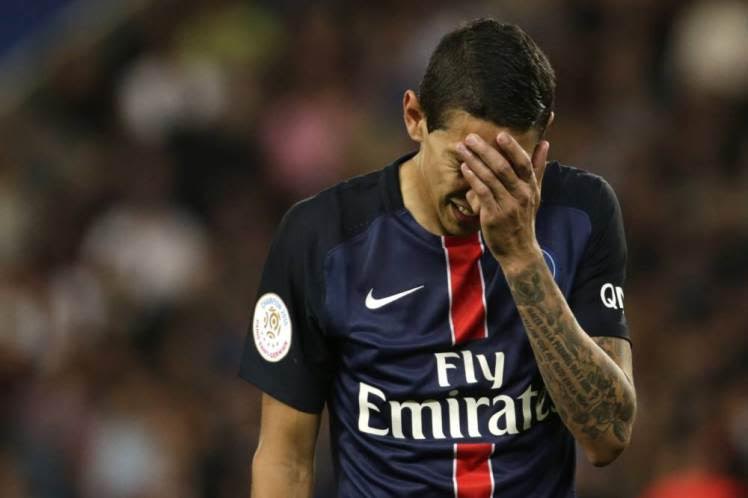 Former Manchester United winger Angel Di Maria put in such a poor performance in his debut for Paris Saint-Germain against Bordeaux on Friday night, that it is looking as though Red Devils manager Louis van Gaal was right to sell the Argentinian international even though United had to take a big hit on what they eventually sold him for.

The 27-year-old forward barley made an impression in the 2-2 draw, failing not only to score, but to not even create a single chance while playing the entire match without even making a tackle.

This proves for us here at Soccer Transfers that United were lucky to have sold him for £44 million despite having signed him just a season earlier from Real Madrid for a British record £59.7 million.

Following yesterday’s 3-1 win over Liverpool at Old Trafford, while watching new boy Anthony Martial score a brilliant goal on his debut will have United fans heading to work Monday morning with rivals City now squarely in the crosshairs knowing that perhaps cross town rivals United will be the team to beat in order to win the title.