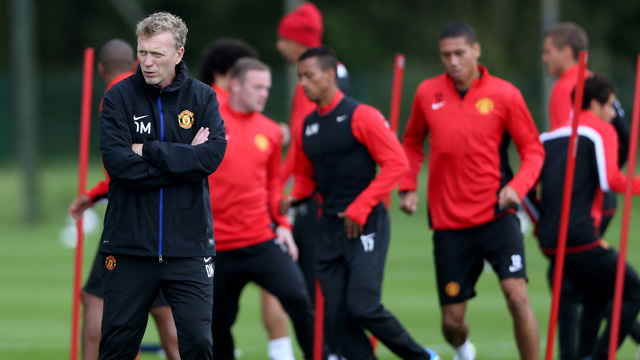 Real Sociedad have not taken a single point from their first three Champions League matches, and face elimination from the competition should they fail to beat Manchester United on Tuesday.

While they have failed in Europe Jagoba Arrasate’s side has won their past three La Liga games including a 5-0 win over Osasuna on Saturday, and only lost at Old Trafford in the first-leg 1-0 thanks to an own goal from Inigo Martinez to give the Spaniard the unwanted record of scoring the fastest own goal in Champions League history after just 69 seconds.

Manchester United meanwhile are leading Group A with seven points from three games, yet manager David Moyes knows they must play well to win in Spain.

“It will be a difficult game in Sociedad,” he told reporters. “To go and play any team in Spain who have qualified for the Champions League would be a hard test.

“We’ll go there and hopefully try and get a result which can continue our good form in the group.”

United travel’s to Spain after a 1-3 win at Fulham on Saturday, with manager Moyes having some concerns over injuries before the fixture at the Anoeta Stadium in San Sebastian.

“Rafael looks as if he might be the biggest doubt, going over on his ankle,” the Scot said. “Tom [Cleverley] – hopefully the double vision will be okay in a day or two’s time and Jonny [Evans], I couldn’t tell you how his back would be.”