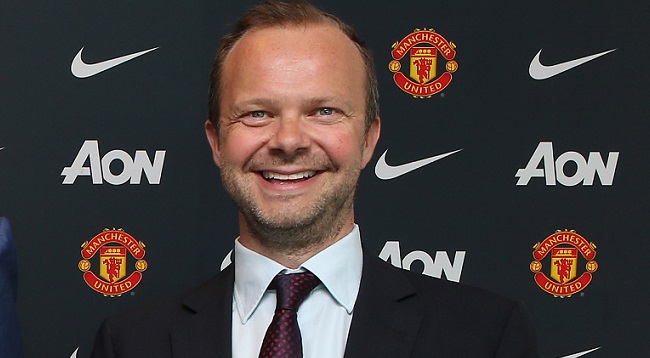 While answering investors questions during a conference call after the club announced record revenues in their quarterly report executive vice-chairman Ed Woodward was asked how he could justify the money the Red Devils spent on transfers compared to high-flying Leicester City.

Woodward received praise for guiding the club towards potential earnings of £500 million, but with the club languishing fifth in the Premier League and failing to make it out of the group stage of the Champions League, Woodward was asked how given the fact United had spent £95 million last summer on transfers they were behind a club like Leicester who had spent virtually nothing in comparison.

And Woodward said: “Some players are bought by other clubs with an eye to them developing into something special in a few years’ time.

“There’s a bit more pressure on some of the other clubs to bring in players who are going to hit the ground running and be top players, verging on world-class almost immediately.

“So there is a slightly different market in which people are buying. Leicester is a fantastic reference point for everybody this year.”

Woodward also hinted that a few United players could be leaving in the summer suggestion that China’s Super League is now the place to sell player on too.

Woodward admitted it was a market they could not ignore and said: “I do think there will be more activity coming in the summer, but it is very difficult to predict what kind of impact that will have.

“If nothing else, it’s another useful market if we are looking to sell players.”