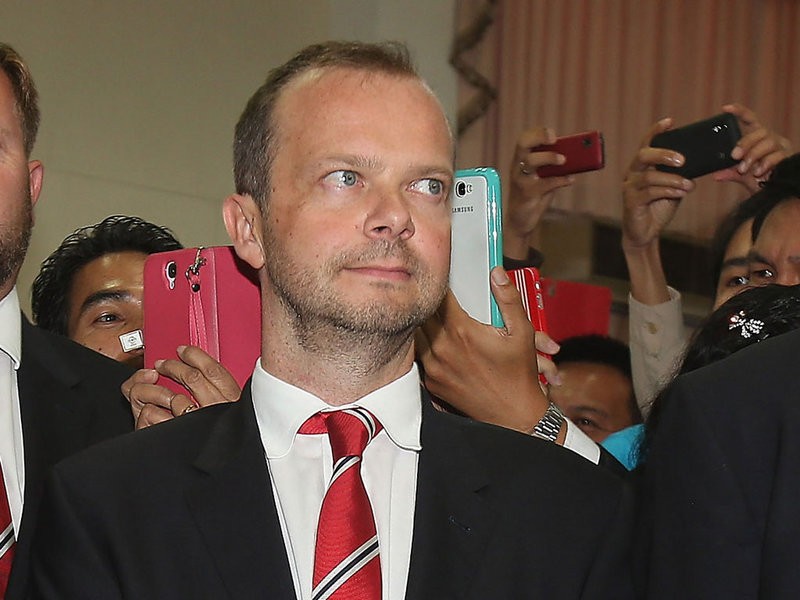 The chief executive of Manchester United Ed Woodward faced the wrath of angry Manchester United fans last night after a last minute fiasco that saw the club pay over the odds for one player, and fail to sing the player they really needed.

Woodward took over at the field of dreams from the man who was very successful in bringing players to Old Trafford David Gill.

The new mans failed to live up to the Premiership champions high expectations despite his statements at the beginning of the transfer season when he said:

Our top priority is strengthening the squad to ensure we are best-positioned for successful runs in all the major competitions next season.