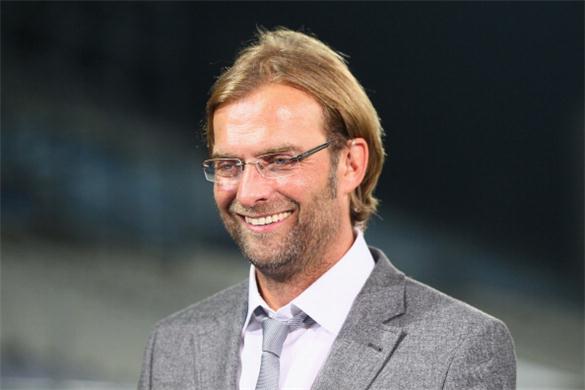 If you asked Manchester United fans who like would like to see as manager the vast majority would probably say current Borussia Dortmund boss Jürgen Klopp.

Unfortunately in case you missed it the first time he said he would not be leaving Dortmund he said it just one more time to make sure that the Glazers over in Florida heard him load and clear by repeating: “Man Utd is a great club and I feel very familiar with their wonderful fans. But my commitment to Borussia Dortmund and the people is not breakable.”

Now during a news conference on Thursday ahead of Dortmund’s Bundesliga match with Bayer Leverkusen he pretty much said the same thing to the Daily Mirror: “I find it a little uncomfortable having to turn somebody down without them even making an enquiry,” said the 46-year-old. “But it seems like I have got to do it anyway.

“There are about 1000 reasons why I am so happy to be working at this club.”

Klopp is contracted to Dortmund until 2018 and besides United has said he would not go to Barcelona either should Tata Martino leave at the end of the season.

He said “nobody has to have any concerns” about him breaking his deal with Dortmund, adding, “I’m still really happy here.”