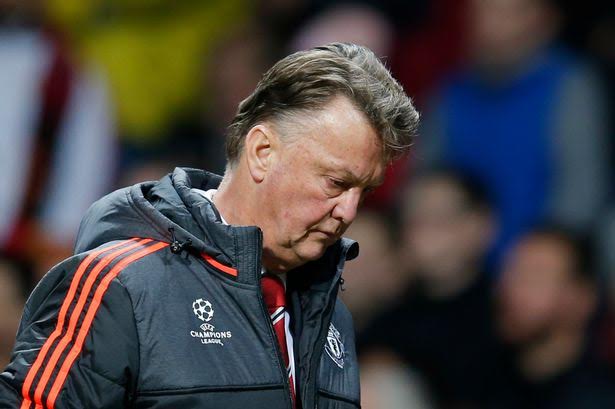 According to an onlooker Manchester United manager Louis van Gaal went berserk with his players at half-time during the Red Devils 0-0 Champions League draw with PSV Eindhoven at Old Trafford midweek.

LVG just had a right go at his underperforming stars when they entered the dressing room after a lifeless performance in a match that would have if they had won eased their way into the Champions League knockout stage of the competition.

A United source told Sunday People Sport: “It was a spectacular meltdown of the kind no-one behind the scenes here at Old Trafford has heard before from van Gaal.

“We have heard him raise his voice at half time and full time on occasions after matches at Old Trafford but nothing like this – he was off the scale.

“He went utterly ballistic. No-one else was speaking. The players were obviously just sat there listening and by the sounds of it there was nothing else they could do.

“Most of the time it was just the manager ranting at the way they had played and demanding they do better second half.

“Fergie would have been proud of him.”

The 0-0 final score means that United must now win in Germany when they take on Group leaders Wolfsburg to a have a realistic chance of making to the next round of the competition.

Should the club fail to reach the knockout stage as appears likely now, it would cost United more than £15 million in lost revenue.