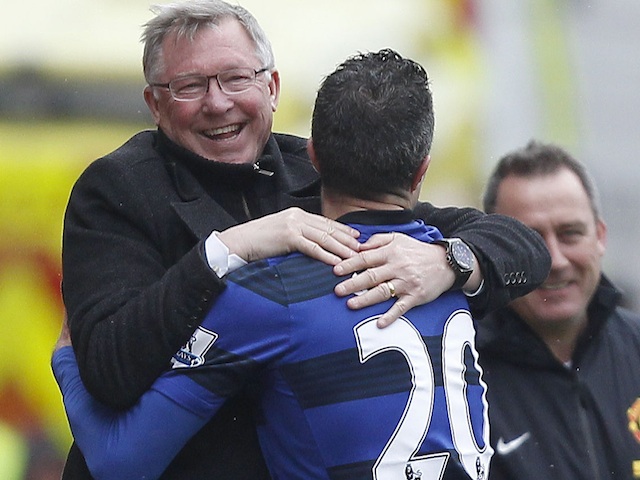 Sir Alex Ferguson was delighted to see his major summer signing Robin van Persie back on the scoresheet in Manchester United’s 2-0 victory at Stoke City.

The Dutchman had gone 10 matches without scoring before slamming home a penalty mid-way through the second half for his 20th goal of the campaign, to add to midfielder Michael Carrick’s fourth minute opener.

“Today was an important goal.

“He did really good work from Wayne’s pass to get brought down for the penalty.

“The ball moved off the spot two or three times, the composure to settle himself down and the penalty kick was a perfect penalty. Low hard, straight into the corner, great penalty.”

And after Van Persie jumped on his manager during the celebrations, he added: “He nearly killed me. He forgets I’m 71.

“But that was a great celebration because it brought the emotions of the fans and the players together, everybody could celebrate that.”