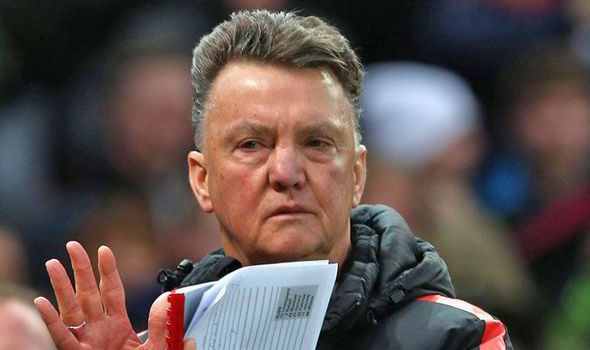 Following Saturdays 0-1 home loss to Southampton, Manchester United manager Louis van Gaal is ready to walk away from his job at Old Trafford after having admitted that he has let down the fans.

The 64-year-old Dutchman’s team was booed off of the pitch following the Weekend loss to Ronald Koeman’s Saints, with British daily tabloid newspaper the Sun claiming that LVG had talks with executive vice-chairman Ed Woodward regarding his future at the club.

The Sun claims that van Gaal would prefer to hand in his resignation rather than be sacked after telling reporters: “I’m very disappointed that I cannot reach the expectations of the fans.

“They have — or they had — great expectations of me and I cannot fulfil them. So I am very frustrated because of that.”

Red Devils board member David Gill has also stuck the knife into van Gaal claiming the former Barcelona and Bayern Munich manager has failed to deliver the goods, despite having spent over £250 million on players.

Gill said: “Undoubtedly it has been a season of under-achievement given the investment that was made in the summer.”

Gill added: “I’m not going to sit here and say it’s that attractive — for me, what we did in the past was great. We want attractive football.”