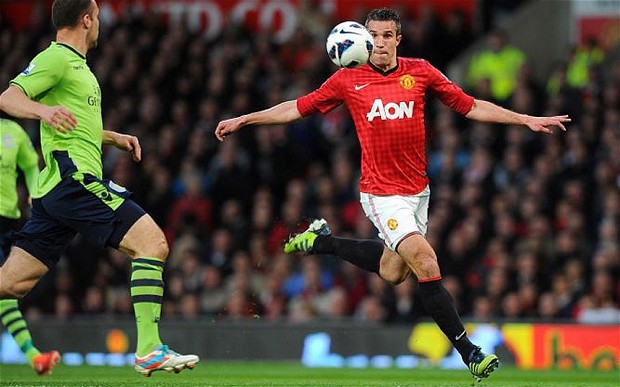 Manchester United manager David Moyes praised his side yesterday after their 1-0 triumph of league leaders Arsenal at Old Trafford.

The only score in the game came on 29 minutes when former Arsenal striker Robin van Persie rose to meet a Wayne Rooney corner heading the ball perfectly into the back of the net to thwart his former club once more.

Moyes admitted that he has not had too many good weekends since joining the Red Devils, but this has certainly gone down as one of the better ones.

“We have not had many good ones, but this was a big result for us today – Arsenal has been in terrific form this season and we had to play well to get the result,” Moyes told Sky Sports.

“I thought we started the game well, we were very good in the opening 20-30 minutes in the game.

“I thought our whole determination, the effort, commitment, good play, helped us in the second-half when we were under more pressure.

“It’s another step in the right direction for us.

“We have got a lot of big steps to take here and it is going to take a while for me to get it all the way I’d like it to be.

“I am not singing and dancing because we won the game, but I am thrilled because the boys put in a great performance.”

Moyes went on to say that part of his team’s game plan was to hound Arsenal on the ball and not allow them to play their stylish game of quick passing football.

It was also other matches that went in United’s favour as both Tottenham, and Manchester City lost prompting Moyes to say that anything can happen in the Premiership this season.

“I didn’t think in the Premier League that anyone had run away with it,” he said.

“I think there are a lot of ups and downs and I think it is a close run league this year and there will be a few shocks and we have had one or two ourselves in the early part of the season.

“I am pleased we are showing a bit more consistency and momentum and hopefully we can continue that.”