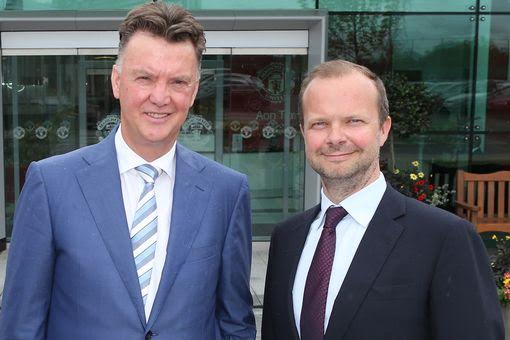 Ahead of Manchester United’s weekend clash with Newcastle, manager Louis van Gaal has been busy trying to defend what went wrong in the clubs pursuit to sign Barcelona winger Pedro, who was supposed to be the man to replace Angel Di Maria.

“I have the responsibility of protecting the interests of my club and my players.

“If you ask me if Pedro is fitting the profile [of United], I cannot lie, I say yes, but I didn’t say I am interested in the player. That is the difference.

“He is fast and he is creative. That is why I understand the question [about whether he fits the profile].”

The Dutchman was busy defending United Chief Executive ED Woodward after the transfer guru flew to Barcelona on Monday to seal a deal for the 28-year-old Spanish international only to find out yesterday that Pedro had in fact signed for club rivals Chelsea in a deal worth £21.3 million.

“I have the idea that you want to separate Ed Woodward with me,” said van Gaal. “No, never. Every day I am updated by him and I trust him.

“I don’t think they [the fans] have to doubt Ed Woodward because he has proven already for many years he is the right person on the right spot.”