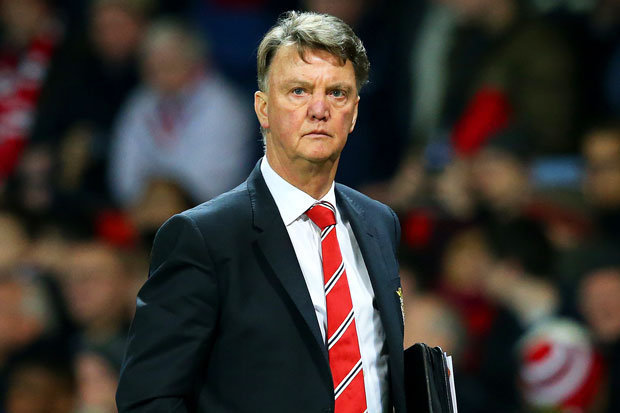 It’s hard to believe that a club so mighty as Liverpool has not won a title for a staggering 26-years and will be lucky to even manage a fourth place finish and Champions League football this season.

Van Gaal said: “I am part of the transition, so I cannot imagine that shall happen with Manchester United.

“As you say, when it happens to Liverpool it can happen to United, but I cannot imagine that.”

The 64-year-old Dutchman is convinced that a club the stature of Manchester United will never suffer the same misery that Liverpool had to endure before being taken over by the Fenway Sports Group.

“We are in transition and are going in the right way,” said van Gaal.

“Maybe it shall take a longer time, but I cannot imagine it shall be the same for United.

“It (United) is too big and too well organised. We have an infra-structure and we are proving that every year.”

Sunday’s match will be looked upon as a must win game by both managers if their teams are to have any chance of finishing in the top four, with the fate of LVG perhaps more in doubt than his German counterpart.

Since the six goal thriller with Newcastle it appears as if the Dutchman has thrown caution to the wind and told his team they must start going for goals, something that will play into the hands of Liverpool who seem to play much better against attacking sides rather than clubs looking to score on the counter, and while Liverpool can score goals their defence leaves a lot to be desired as was evident in the three goals Arsenal put past Simon Mignolet midweek.

For this reason we are backing another goal fest at Anfield on Sunday, as LVG knows a 1-0 loss and a poor performance from his team could spell the end of his time at Old Trafford.