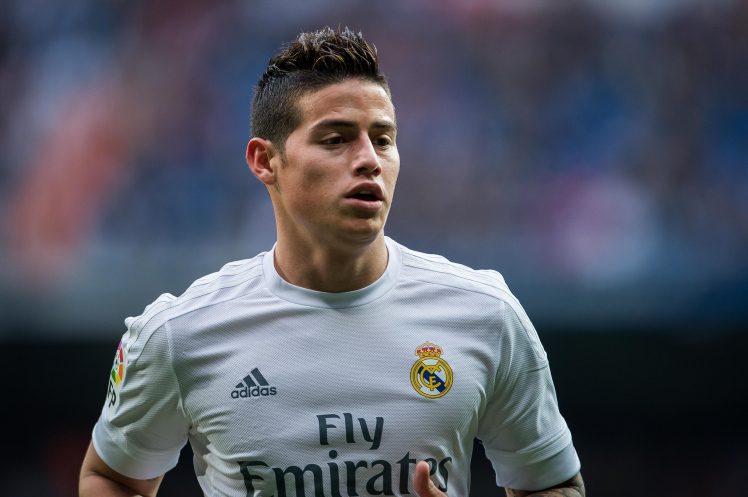 The 24-year-old World Cup Golden Boot award winner has only made seven league starts for Real Madrid this season, and is angling for a move away before Fifa’s ban prohibits Los Blanco’s from making any trades until the summer of 2017.

Manchester United already holds the record for the most money spent by a British team when they paid Real Madrid close to £60 million for Angel di Maria, a move which in retrospect they should have avoided having to sell the Argentinian just a season later for £44.3 million to Paris Saint-Germain after he failed to make an impact at Old Trafford.

Meanwhile over in the Spanish capital Rodriguez looks to be on his way out with new manager Zinedine Zidane said to have already lost his patience with the Colombian.

Another sign pointing as to who will be leaving this month could become apparent when Real Madrid takes on Sporting Gijon on Sunday with the Frenchman having to decide whether to play Rodriguez or Isco.

If the Spaniard starts it will mead adios for Rodriguez and the chance of a new life perhaps at Old Trafford.

Below is a video that shows just how good Rodriquez can be too wet the appetite of Red Devil fans.