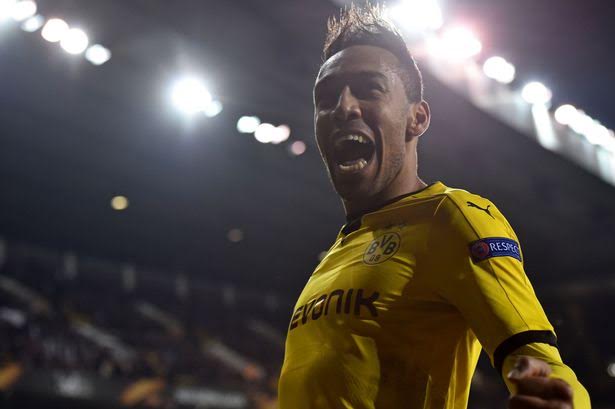 Despite claims from Bundesliga giants Dortmund that their star striker Pierre-Emerick Aubameyang is not for sale, British daily tabloid the Daily Mirror is reporting that Manchester United has in fact already opened secret talks with the African-Player-of-the-Year’s representatives.

The Premier League giants along with Arsenal and Real Madrid are all interested in the 26-year-old goal machine, yet it is the management at Old Trafford who believe they have the edge by promising to make the Gabon international the most famous player of all time to come out of Africa.

Some may question the Red Devils ability to land such a big fish given their current situation following a disappointing season that may see them not qualify for the Champions League, but given the clubs massive financial fire power and the backing of Adidas, a £60 million bid may be too much for the North Rhine Westphalia club to turn down, no matter what they may say publically.