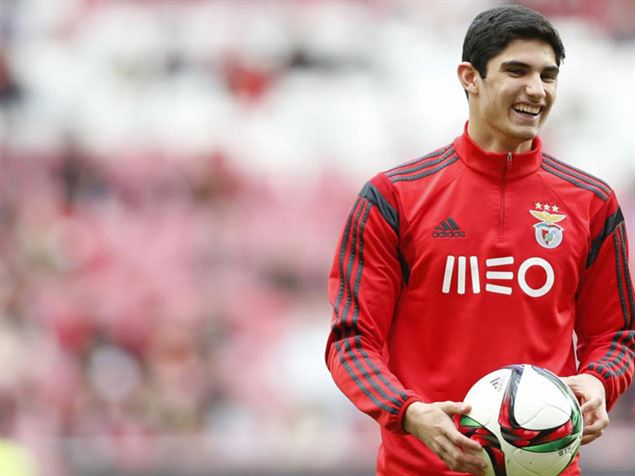 Manchester United and Arsenal prepare to do battle for Benfica star Gocalo Guedes, after the player has been labelled the new Cristiano Ronaldo in Portugal.

The latest hot talent come out of Portugal has Manchester United, Arsenal, and Manchester City all keeping a close eye on the 18-year-olds progress.

The only thing that could stand in the way of Guedes moving to the English Premiership is the staggering £40 million pound valuation that Benfica has placed on the head of their top asset.

Despite being such a prohibitive figure it will not be the first time that the Red Devils have battled the Gunners for a young Portuguese star after both sides went up against each other for CR7 back in 2003, and we all remember how that turned out.