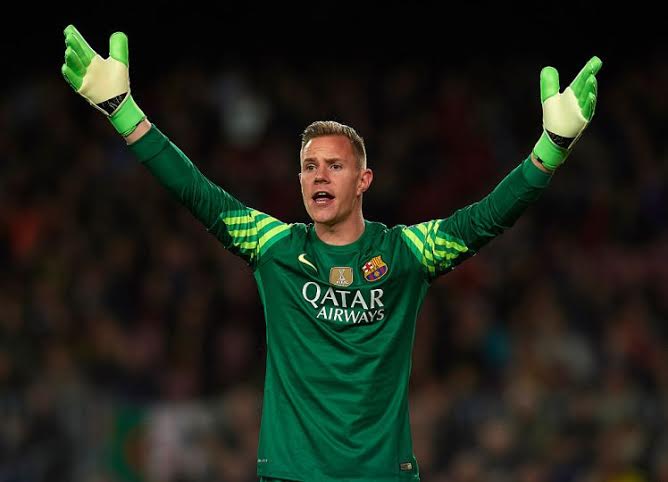 Barcelona goalkeeper Marc-Andre Ter Stegen has dropped a hint that he may look to leave the Nou Camp in the summer in search or regular first team football.

This news will certainly prick the ears up of both Liverpool and Manchester United who are both expected to be in the market for a quality goalkeeper this summer.

While speaking to TZ, the German No.2 revealed that if his situation at the club doesn’t change he may be force look to look elsewhere.

‘I want to take the next step and to play more,’ said Ter Stegen.

‘So the situation is clear: If nothing changes, we have to talk.’

‘At the end of the season I’ll have played about 25 games. This is not a little, but when I return from the national team, I’ll probably be back on the bench in La Liga, for the Clasico against Real Madrid [on April 2].

‘In the long run, these 25 games per season are not enough for me.

‘The decision is made by the coach. I hope that the quality I’ve shown recently is rewarded.’