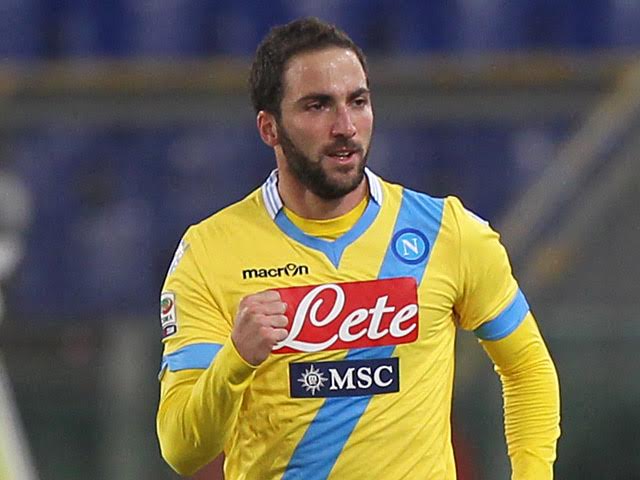 According to the latest reports, Liverpool have made a bid on Manchester United and Chelsea striker target Gonzalo Higuain and it has left the Red Devils and Blues stunned.

The Argentinian international currently plays in the Italian Serie A for Napoli, but is being linked with a summer move to the Premier League with both Chelsea and Manchester United interested in acquiring the 28-year-olds services following a banner season at the Stadio San Paolo.

Italian football newspaper Corriere Dello Sport claims that the Northwest giants are ready to spend £62 million for the former Real Madrid striker to get him to move to Old Trafford rather than Stamford Bridge.

As if to inflict pain on United’s efforts to get Higuain on board Spanish football website Fichajes claims that Liverpool have now entered the race and have made Napoli an offer for the prolific goal scorer.

Higuain is reportedly unhappy with his current situation and is fuming with Napoli president Aurelio De Laurentiis, after the Italian boss said Higuain needed to lose weight.

As things stand right now Higuain is ready to leave Italy, but will wait until the end of the season before making a final decision.

You can understand why the English clubs are so interested in the Napoli star after finding out he has netted the ball 27 times in just 34-appearences so far this season.

Many of you may find it a bit odd that Liverpool would be willing to spend £62 million for a top striker, but with the Fenway Sports Group already promising Jürgen Klopp a heavy war chest and the sale of both Christian Benteke and Mario Balotelli on the cards, a move for the Argentinean ace does not now sound so far-fetched.