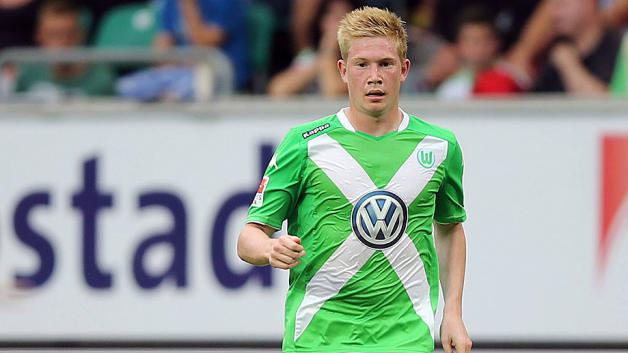 Manchester United and Arsenal have been told in no uncertain words by Wolfsburg sporting director Klaus Allofs that the club will not entertain bids less than £35 million for Belgium playmaker Kevin De Bruyne.

The former Chelsea misfit has been a sensation for the Bundesliga side this season scoring 15 goals with an amazing 27 assists.

After having failed to make his presence felt at Stamford Bridge the 23-year-old was sold to Wolfsburg in 2014 for £18 million going on to become one of the German Leagues brightest stars who will now not be sold on the cheap according to reports.

Speaking to reporters Klaus Allofs said: “(£35m) seriously? We wouldn’t even flinch at an amount like that.”