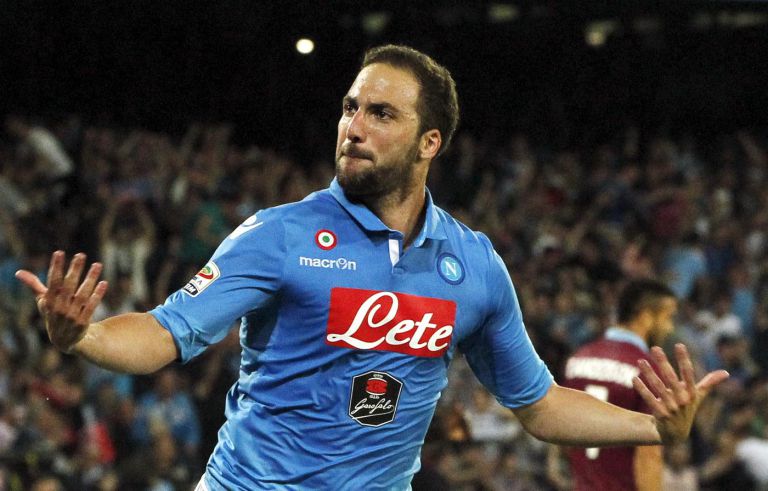 With a reported £45 million set aside for Karim Benzema, Arsenal must now wait to see if Real Madrid is willing to sell the 27-year-old, French international, and while all signs right now are pointing towards Arsene Wenger’s favourite striker target remaining in Madrid, there is a second option, and that is a move for Napoli striker Gonzalo Higuain.

Before joining the Serie A side from Real Madrid in the summer of 2013, Arsenal was also strongly linked with the Argentinian international, but lost out to Napoli, who was flush with cash following the sale of Edinson Cavani to Paris Saint-Germain.

Now it would appear as if the 27-year-old has had enough of Serie A and is looking to capitalize financially knowing that several of Europe’s top clubs including Manchester United and Arsenal are looking for a consistent goals scorer.

Fuelling speculation that he wants out of Napoli his agent and also brother Nicolas has confirmed that Higuain has turned down the latest contract offer from Napoli while waiting for other offers.

‘We had a meeting with the President [Aurelio De Laurentiis] in Venice 10 days ago,’ said Nicolas Higuain.

‘We talked about everything. He offered a one-year contract extension, however, in my opinion – and in our opinion – we’ll continue with the original contract, expiring in 2018.

‘I don’t think we’ll accept the president’s offer, because the contract isn’t that different to the one we signed before, so for us it’s not a real offer.’