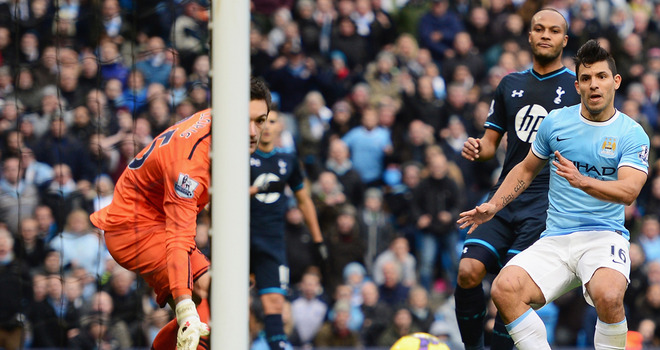 James Milner has warned the rest of the Premiership to look out for his team as they are only going to get better as the season progresses.

The talk of City’s threat comes after a 6-0 thrashing of Tottenham at the Etihad yesterday making it six home wins out of six during which they have scored an amazing 26 goals.

On the road however it has been a different story with four defeats that Milner puts down to bad luck.

“Things are going well for us at home – the chances seem to be going in. I don’t think we are playing too differently at home to the way we are away, but we are not getting the luck and the momentum is not quite with us at the moment,” the City midfielder said, speaking on the Alan Brazil Sports Breakfast.

“At home we are playing really well and, hopefully, that bit of luck and the chances that are going in for us at home will start going in for us when we are on our travels.

“You look at the games we have lost away from home and we have had the majority of possession. The Villa game we didn’t deserve to lose. Against Sunderland, we had most of the game in the second half, they defended very well, and Chelsea was obviously disappointing.

“It’s not like we are playing really well at home and then going away and playing terribly. I don’t think we deserve to lose those games away, but that is football and we need to make sure those little mistakes we are making away from home get cut out.”

Critics might argue that it is hard to see where they need to improve after yesterdays display against Tottenham, but Milner reckons once new manager Manuel Pellegrini’s ideas are fully implemented that they will be better still.

“The longer we are together, you will only see us improve,” he said.

“You know how much of a change it is when you go into a new club as a manager and the players have to get to know you and what you want. The more time we have together, the better we will get.”