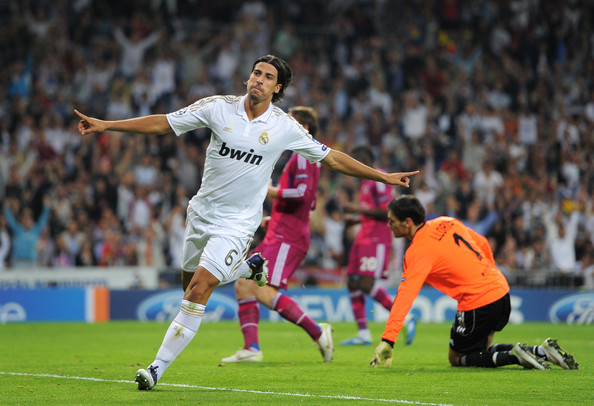 Chelsea now look as though they have a battle on their hands if they want to sign Real Madrid’s Sami Khedira as Manchester City ready a £30 million offer for the German international.

Management at the Santiago Bernabéu is keen not to get in a similar situation as they currently have with ex-Liverpool player Xabi Alonso who is in the final year of his contract with Madrid, and will be able to leave for nothing.

Khedira has 20-months remaining on his deal  with the club, and with new coach Carlo Ancelotti being a huge fan of the German he is sure to push club president Florentino Perez to offer the man who joined los Blancos in 2010 from Stuttgart a new long term deal.

City however knows they have the financial clout to offer more than Madrid so we will just have to wait and see what happens.

Jose Mourinho has also talked openly about his desire to sign Khedira, but would not want to get into a bidding war with Manchester City.