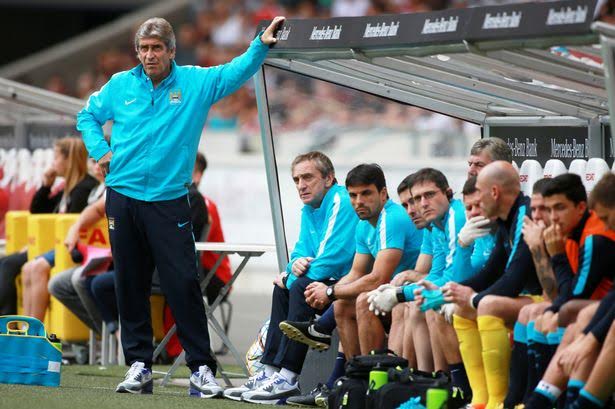 According to Neil Moxley in the Sunday People Manchester City is preparing to hijack Tottenham’s attempts to sign West Brom striker Saido Berahino, and if last night’s 4-2 loss against Stuttgart is anything to go by, manager Manuel Pellegrini needs more than just the 21-year-old England international to help rejuvenate his team ahead of next weekend’s Premier League kick-off.

Spurs have been looking at the Baggies striker as a partner for Harry Kane, but now faced with the prospect of having to go up against cash rich Manchester City may think twice before going after the England youngster.

As for City it may be in defensive area’s that Pellegrini needs to concentrate, as far from looking like a rejuvenated leader captain Vincent Company looked lead footed and indecisive against a high-pressing German team looking for goals last night at the Mercedes-Benz Arena.

One week to go before the season kicks off Mr Pellegrini, and still plenty of time to still pay the £34 million Everton wants for John Stones, which given the England youngsters age, and the now obvious failings of Company could prove to be money well spent as it is time to ditch the old guard and build for the future at the Etihad.