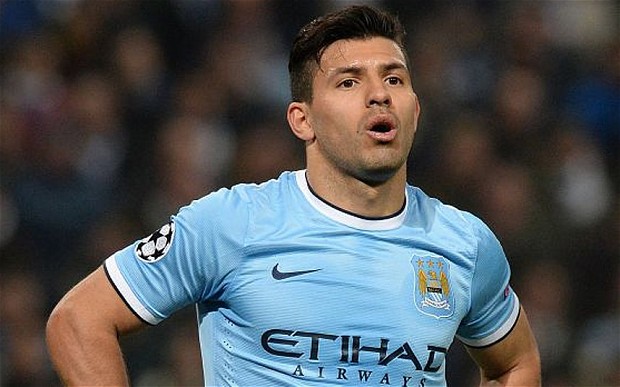 Argentinian striker Sergio Agüero has said that no matter how much he wants to be playing for City that he just cannot rush his return from injury according to Sky Sports.

The Manchester City frontman has not played a game for the club since January after straining a hamstring.

He recovered enough to start for City in their Champions League last-16, second-leg clash at Barcelona on March 12, but had to be substituted after aggravating the injury and has remained on the injured list ever since.

It is difficult for City’s top scorer to watch from the stands as City battle for the Premiership title, but he knows he must not rush his return to the team as it could end with him not being able to play for Argentina in this summer’s World Cup finals in Brazil.

“With this recovery I am trying to do my best to be able to play again, but I cannot do it in a hurry,” he told DirecTV.

“I do think to myself if something happens now, I will lose the rest of the Premier League season and the World Cup.”

The 25-year-old Agüero has said he has no plans to leave Manchester City and that manager Manuel Pellegrini has told him that he needs to win the Champions League with the club.

“He says to me that I can’t leave without winning a Champions League,” said Agüero.

“That’s the objective of each player in Europe.”

He also thinks that Argentina have a good chance of winning the World Cup.

“We know that we have a great team, but each match has to be played,” he said.

“There doesn’t exist any easy matches, but I think that with the squad that we have, there are chances. It depends on us.”