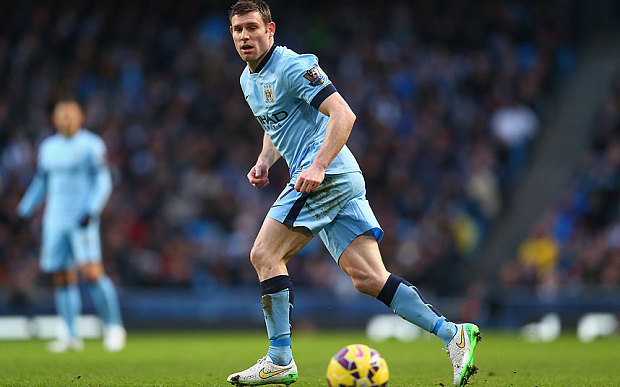 Manchester City midfielder James Milner is out of contract this summer at the Etihad and despite the Citizens offering him a new deal has decided to join Liverpool rather than Arsenal.

Liverpool manager Brendan Rodgers is delighted that the 29-year-old decided to join Liverpool rather than Arsenal where he would have been able to play Champions League football, with the Northern Irishman thinking that he will be able to fill a huge hole left by the departing Steven Gerrard.

At the end of the day the England internationals decision was an easy one, as he did not want to remain at City where he was constantly being played out of position and with Liverpool offering him £100,000 per-week and a chance to play in the central midfield role he preferred, along with regular first team football the decision to choose Anfield over the Emirates was an easy one.

Plus and this is the real reason he choose the Reds over the Gunners is because the Merseyside club is just a short drive from where he lives now and it meant he would not have to uproot his young family and move to London.