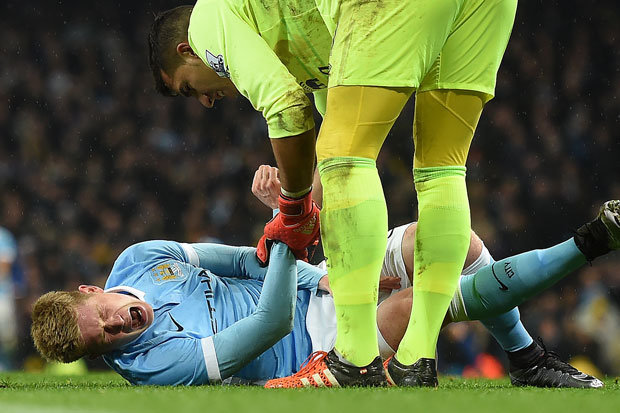 Manchester City’s hopes of winning their seasons Premier League title have received a huge blow after learning that attacking midfielder Kevin de Bruyne will be missing for at least 10 weeks.

The Belgium international was injured late on in Manchester City’s Capital One Cup triumph over Everton earlier in the week, with scans revealing that damage to the 24-year-olds ankle was much worse than first thought.

“He will miss games like the League Cup final and in the Champions League, which are important.

“But he knows they are a good team that the other players will do what they have to do, and maybe win the game for him, and also that is what happens in football.”

The loss of one of his top players will come as a bitter pill to manager Manuel Pellegrini after having seen De Bruyne contribute 12 goals and 12 assists since joining City from Bundesliga side Wolfsburg for £56 million last summer.