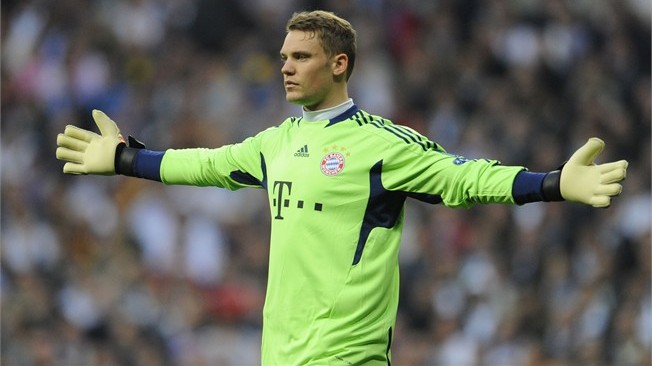 In what could be another blow to the future of England number one Joe Hart, Manchester City manager Manuel Pellegrini thinks that Neuer considered the best goalkeeper in the world can be tempted with a move to England.

Acquiring the 6ft 4in Bayern Munich player would cost City a minimum of £40 million with City insiders also saying he would be offered a salary of £105,000 per week making him the highest paid shot stopper in the world.

City meanwhile will get to see the German up close next week when they travel to Munich where they will play Bayern in a Champions League group fixture with Joe Hart starting in net for the Citizens.

It is thought unlikely that a deal for the 28-year-old Neuer will be done until the Pellegrini has summer.