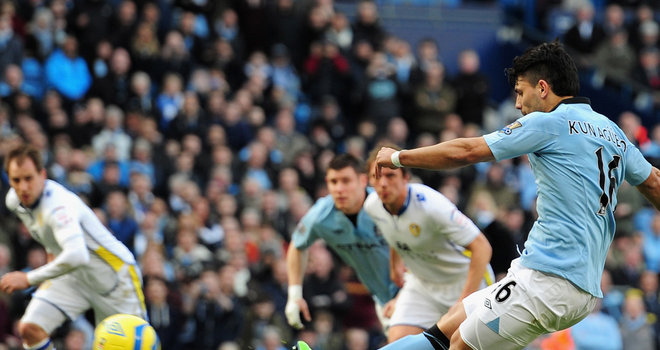 Boss of Manchester City Manuel Pellegrini has tried to calm down the speculation of top goal scorer Sergio Aguero moving to Real Madrid.

After scoring 15 goals for City in 13 appearances the form of the Argentinean striker has sparked rumours that he is at the top of Spanish giants Real Madrid’s shopping list next summer.

City manager Pellegrini is however confident that they can keep hold of the 25-year-old until his contract runs out at the end of the 2016/2017 season, and that the prolific striker will be going nowhere.

Speaking after the win against Swansea the Chilean said:” I don’t know anything about that. I don’t think Sergio wants to leave. That is not a problem for us. I don’t believe in that.”

It is only a week since the City manager was asked the same question alter both Agüero and teammate Yaya Toure were linked with a move away from the Ethiad.

He said then: “Both of them are very happy here and they will stay with us.”

City next play midweek at the Hawthorns as they take on West Bromwich Albion with the hope that injured captain Vincent Kompany will be fit to play after being out for two months with an injured thigh.

Pellegrini added: “We will see but I hope that he will come.”