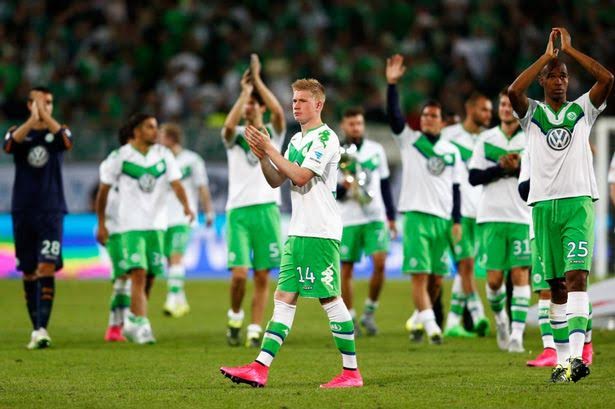 It may be that Manchester City has now decided to play tough with Bundesliga side Kevin De Bruyne despite the 24-year-old tying the Bundesliga record 22 assists in one season.

Reports both in England and Germany claimed that Manchester City had made an improved offer of £50 million for the midfielder after having an initial bid of £47 million knocked back.

Meanwhile City is denying that they have made an increased bid, and are reluctant to offer more money for a player Wolfsburg signed him from Chelsea last year for £18 million.

The talk is that the Lower Saxony club is hoping to get closer to £60 million for the Belgium international playmaker, and while Manuel Pellegrini is desperate to add him to the team the City hierarchy will not bow down to the Germans demands.