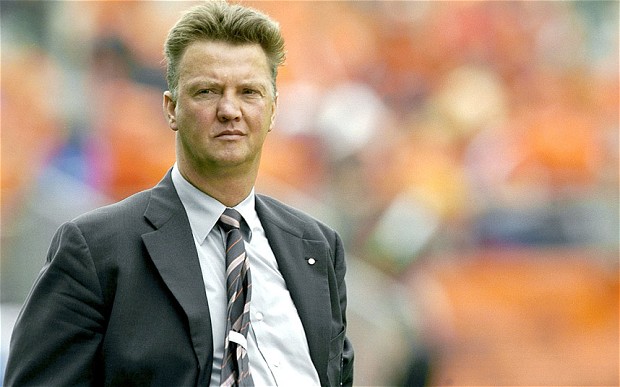 Manchester United manager Louis van Gaal thinks that cross town rivals Manchester City have gone soft and are ripe for the taking as United travel to the Etihad for tomorrows Sunday derby.

Premier League champions Manchester City have failed to win their last three games including being knocked out of the capital One Cup by Newcastle midweek leading van Gaal to want to add to City’s pain by beating them on Sunday.

When asked if he thought City looked vulnerable, the straight talking Dutchman told the Daily Star: “It looks like it in the last few games.

“But they are also in a process like Manchester United. But maybe they were also a little bit unlucky in these last three games.

“They were also ahead against CSKA Moscow (in the Champions League) and they drew 2-2. That’s a big disappointment for the players and also for the trust and that is now overcoming Manchester City.

“But the derby is a special game so, in fairness, you cannot say there is anything in it regarding the result.”

While the United boss says he is not envious of the squad Manuel Pellegrini has at his disposal he admits that it would be a massive boost for United if they could come away with a win.

He added: “I am not jealous of this squad of Manchester City’s. I am proud of my players and that is the most important thing.

“When we play like a team then we have a big chance to win.

“We are waiting on that boost because that can give you more than just the result. We have played very well against West Brom and we played a draw against Chelsea.

“Nobody expected that result but, for me it was not enough and maybe the result against Manchester City shall give us that boost.

“We have to play like a team and when we do that we have a bigger chance to win.”