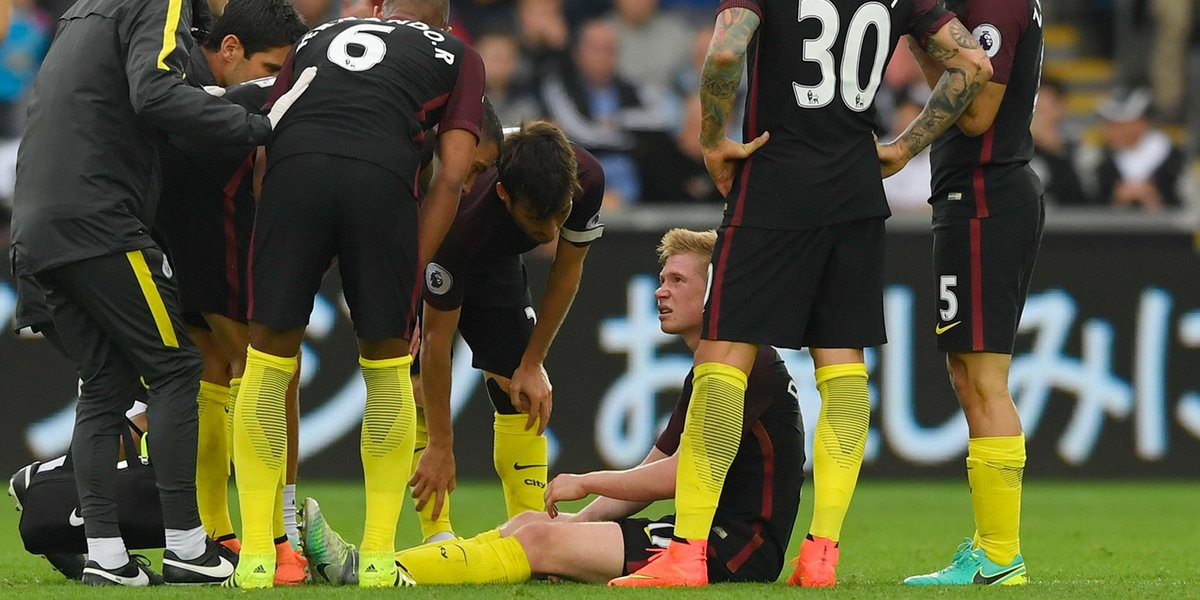 Kevin De Bruyne has a torn muscle in his hamstring and he’ll be out for four weeks. While the injury didn’t seem serious at first, the scans confirmed his worst fears and he’ll miss the matches against Celtic, Tottenham, Everton, Barcelona, Southampton and Manchester United in the next month.

De Bruyne was in fantastic form prior to the injury and scored two goals and made incredible six assists in six matches played – but even those statistics don’t tell the real story on how fantastic does De Bruyne look on the pitch. To see such a great run end with an injury is sad. 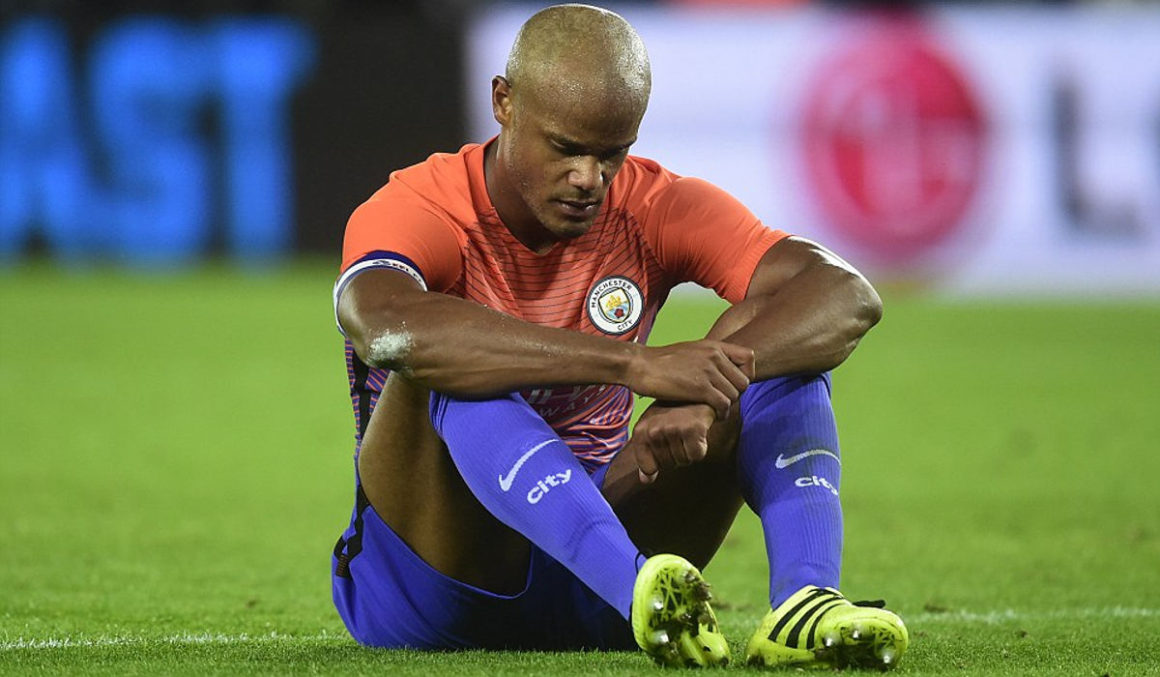 Meanwhile, the real extent of Vincent Kompany‘s injury is not yet known but the defender is not getting any closer to first-team football.

The 30-year-old Belgian centre-back made his first start for the club since May 4, but left the Swansea vs Man City match moments before full time with a new problem.

While the injury is not a recurrence of chronical calf problems that kept Kompany on the sidelines for much of last season, it’s still bad news as captain’s body refuses to play a normal football game. This time it’s the groin muscle fatigue that’s the culprit. This is already a series of muscular injuries and might as well be something that ends Kompany’s career. Kompany suffered 33 separate injuries since joining City in 2008.

City manager Pep Guardiola said earlier this week that the club had finally found an answer to Kompany’s continued muscle injures after running tests to check toxicity levels in his blood.

Kompany is waiting to discover the severity of the problem, with further tests to be done over the coming days. He is not expected to feature as City visit Tottenham on Sunday.