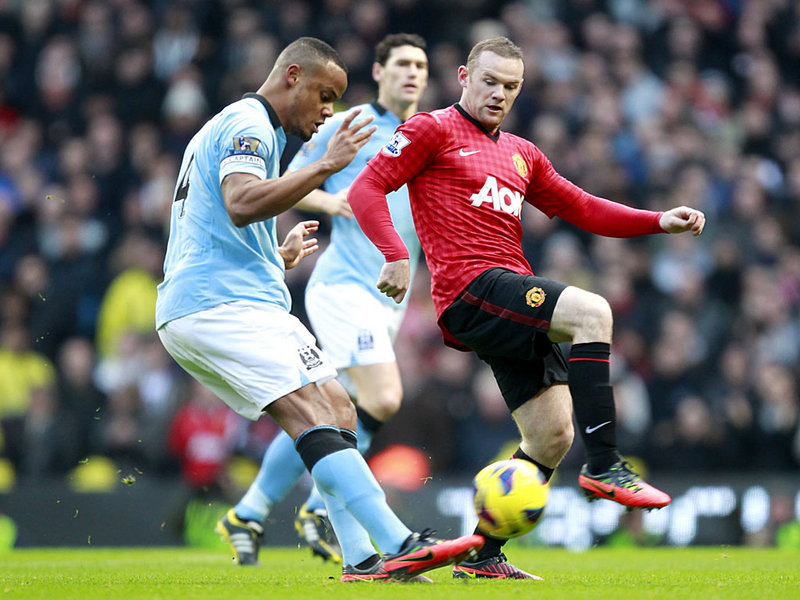 Manchester City captain Vincent Company says he is looking forward to playing against the in-form Rooney when the two Manchester teams meet on Sunday.

While Rooney was busy scoring his 200th goal for Manchester United during their Champions League match with t Bayer Leverkusen last Tuesday, Kompany was back for City playing his first game this season as they easily beat Viktoria Plzen.

Kompany is now looking forward to facing Rooney, and is pleased that the England striker is doing so well.

“You want to play against top players at their best. That’s personally how I feel about it.

“I always want to play against players when they are at their best. I’m really happy for Wayne that he’s on top form.

“This is the great thing about the Premier League; you play against top strikers all the time. But there are many players to watch out for in both teams.”

Manchester United has won 10 of the last 14 games against City, but Kompany says it is a different team and a new season.

“The derby is always a game you look forward to. And I don’t think it’s just the people in Manchester, but all over the world who look forward to enjoying it. It’s a game that attracts a lot of attention.

“I never take it for granted and I feel blessed that I am able to participate in those games. You do your best to make sure you play well in these games.