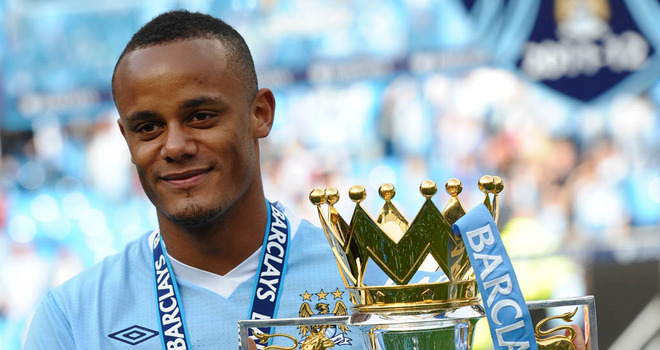 Manchester City will be out shopping in the New Year for defensive reinforcement after finding out that captain Vincent Kompany will be out longer than expected.

City are currently in eighth place in the Premiership having taken only four points out of an available 24 points away from home with manager Manuel Pellegrini knowing that he must resolve their defensive issues if the team is going to challenge for the title.

Despite the benching of England number one goalkeeper Joe Hart it is believed that City will not be in the market for a new goalkeeper but will be after a central defender now that Kompany’s injuries have turned out to be worse than was first thought.

The Belgium international has been out since October 5th last playing in City’s 3-1 win over Everton and will not compete in his country’s two friendlies as he tries to overcome a muscle injury with Belgium team doctors saying he will not even be ready to face Tottenham on November 24th.

Lieven Messchalck a physio for the Belgium team said: ‘Vincent is going to be ready in several weeks. First of all he had a rupture, a tear into the abductor and then also he has bad luck with a small thing on the front side now, so it’s everything together. Eight weeks is nothing in the time of injury — you must respect biology.’