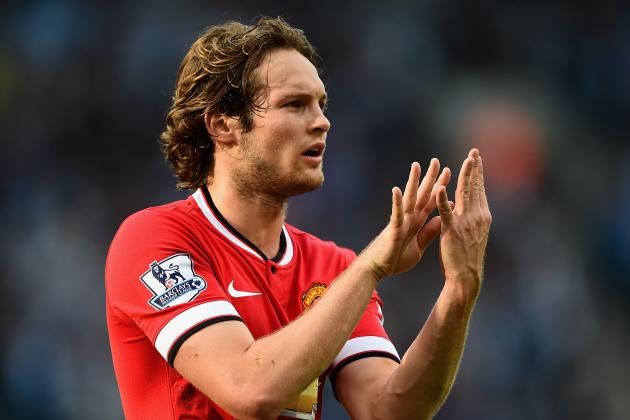 Manchester United Dutch midfielder Daley Blind is set to be out for six weeks and not six months as was first thought following an injury to his knee picked up during Holland’s Euro qualifier with Latvia last Saturday.

“First he needs to rest for 10 days, then we will have a better idea,” said United boss Louis van Gaal told the BBC.

Following all the confusion over his injury the 24-year-old posted a photo of himself on twitter wearing a knee brace.

Meanwhile both Angel Di Maria and goalkeeper David De Gea who were also injured while on international duty will be fit to face Arsenal on Saturday, with defender Luke Shaw still listed as doubtful.

“Di Maria has trained today normally so I don’t think that is a question mark, but Shaw is,” Van Gaal added.

“De Gea is good, no problem. I think with Michael Carrick I have to wait for the reaction in training, but I also expect he’s ready to play.”