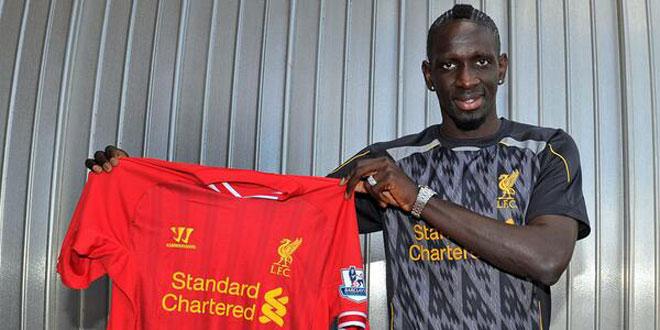 “He’s at a great age, physically he’s ready for the Premier League, it will just be interesting to see where the manager brings him in,” he said.

“He’s left-sided and there’s competition for places everywhere now. Cissokho’s been brought in to put pressure on Enrique, Skrtel’s done really well in the Manchester United game, while  Toure’s been a revelation. In the first three games he was superb so we’ll be looking to get him back against Swansea.

“Competition’s what you want, but of course you don’t want your best players on the bench.

“I think the manager just has to juggle it round a little bit now and use the best two. The young lad Thiago Ilori will be one for the future I think, maybe next season, but the sort of money that has been spent on Sakho would suggest he is going to be a starter.”

“I think the transfer window was really good for Liverpool,” said Carragher. “There was no panic, no stress.

“Sometimes clubs can go right to the end of the window – Everton did this time and it worked out brilliantly for them – but from Liverpool’s point of view we had the Shankly do on the Monday night and the manager was there because everything was done.

“That’s always a good sign and proved they got all the business done early.

“We even had some new players in the stand for the Manchester United game the day before  – so loads of Liverpool players, officials and staff could sit back on Monday night and watch it all unfold with Jim White …. and Sky Sports.”

It is funny listening to Carragher talk how he even manages to make his current employers part of the conversation by referring to Sky at the end.

Ever the professional, just as Liverpool dominated discussions with Carragher during his playing days, now he drops in references to his current employers.

When asked if the former Liverpool defender missed being out on the pitch Carragher said:

“Not really! “I haven’t kicked a ball since I finished. I was supposed to play in Petrov’s game but something came up and I couldn’t make it.

“I must be honest, I love football – watching it, playing it, talking about it – but I’m just loving what I’m doing at the moment, going to games, analysing them.

“I’m just focused on that at the moment rather than playing. You don’t actually relax at games anymore because you’re always watching and analysing things.

“Obviously I’m a Liverpool fan – it would be stupid of me not to say that or to have other clubs thinking I’m totally impartial. If Liverpool are playing I want to see them win.

“I want to see them beat Swansea.

“But seeing them at the top of the league certainly makes my job easier!”