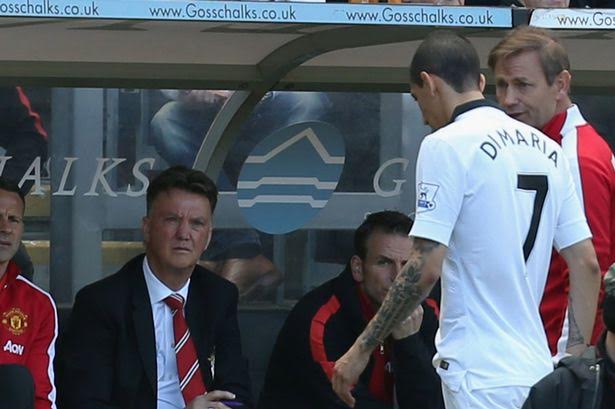 Manchester United manager Louis van Gaal is well and truly pissed off with the way Argentinian winger Angel di Maria is going about a possible transfer to Paris Saint-Germain.

According to all the information available the Red Devils are close to completing a deal with the French champions to end the 27-year-olds year long spell at Old Trafford, but because of the way Di Maria has been handling the move LVG now wants to teach the former Real Madrid wide-man a lesson by playing hard ball over his transfer fee.

The two clubs were thought to be close to an agreement, but now van Gaal feels as though Di Maria has been disrespectful not only to the club, but also himself, and has decided that in order for the winger to leave PSG must pay the £45 million United is asking as well as a greater proportion of the money upfront.

PSG had originally scheduled Di Maria to undergo a medical on Monday, but that appears to be now delayed with Louis van Gaal hell-bent on punishing Di Maria for failing to join up with United’s tour of North America and the embarrassment LGV faced when having to tell journalists he had no idea where the Argentinian international was.

Despite the new hard line stance United is confident that a deal will go through sometime next week.