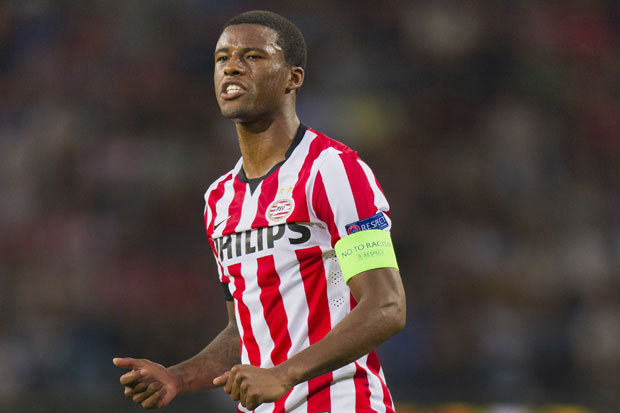 Manchester United manager Louis van Gaal is to raid PSV Eindhoven again after successfully landing winger Memphis Depay, but this time it is for his teammate and club captain Georginio Wijnaldum.

The 24-year-old midfielder is also a target for Liverpool, but just like Depay van Gaal knows him from his time as the Dutch national team coach, and should be able to get him to choose Old Trafford over Anfield.

When asked if he would like to join up with his former coach Wijnaldum said: “Of course I would like to work with him (Van Gaal) again. I worked really fine with him and he is a great man.

“He gave me the opportunity to play in a World Cup after seven months out injured and I am thankful for that.”

“I am happy at PSV but I am a player with a lot of ambition. I want to play in a stronger league than the Eredivisie.

“With my quality I feel I can bring a lot to a team that I will join. I want to show it in the big leagues; England, Italy, Spain, Germany and France.”