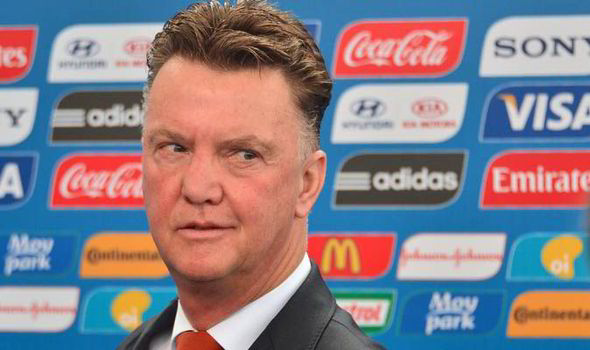 Now that the Angel Di Maria saga is in the past, all that is left for Manchester United manager Louis van Gaal to do is either bench David de Gea for the entire season or sell him on the cheap to Real Madrid.

While sorting out these distractions have obviously taken up more of the Dutchman’s time than he would have liked, the job at hand is to have a team that is capable of winning the Premiership, and in order for that to happen the 63-year-old manager has to make his move in the next couple of weeks.

Top of the agenda should be Barcelona’s Pedro, yet once more we have a problem with his transfer fee, and while LVG might criticise Real Madrid for playing hardball over David de Gea the Red Devils are doing the exact same thing with Pedro by offering the Catalan giants £17 million while knowing they want £22 million for the 28-year-old forward.

Next up is the inevitable replacement for De Gea, with Tottenham’s Hugo Lloris the ideal choice, but given Spurs negotiator, Chairman Daniel Levy wanting top dollar for the Frenchman it looks like Ajax shot-stopper Jasper Cillessen will be the goalkeeper van Gaal will sign for United.

This leaves the club still needing a centre-back and a striker, which doing the math would total four new signings, and unless talks are under way that we do not know about van Gaal may not have enough time left this summer to bring in the players he really wants.