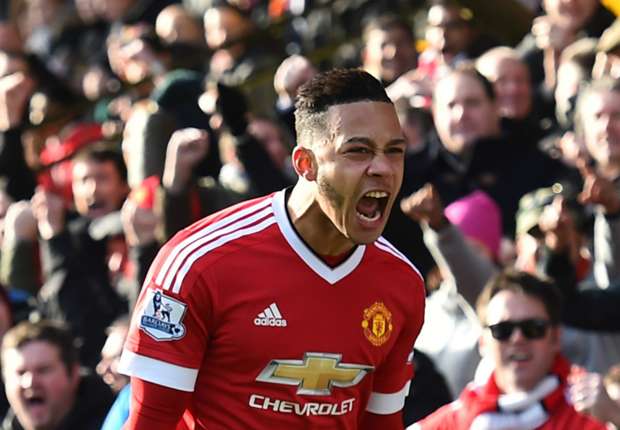 Before the summer transfer window opened PSV winger Memphis Depay was already being heralded as the next best thing to arrive at Old Trafford, and while he started the season well it was not long before the young Dutchman’s performances found him sitting on the bench.

The talk was that just like Angel Di Maria, he was failing to live up to the hard tackling tactics of the Premiership, despite van Gaal trying to play him in various positions and asking the fan to be patient while he adjusted to the English game.

Now however after having been forced to play Memphis as a main striker against Watford due to the injury to Anthony Martial and Wayne Rooney’s illness, the 64-year-old Dutch trainer may have stumbled on the best position for the youngster following his performance against the Hornets that included a goal in the 2-1 win.

‘In the first half, Memphis was superb, like Jesse Lingard,’ Van Gaal said.

‘I think also this role for Memphis is the best one for him.

‘He played it also in the World Cup for me when [Robin] van Persie and [Arjen] Robben were injured so I knew he could do it.’