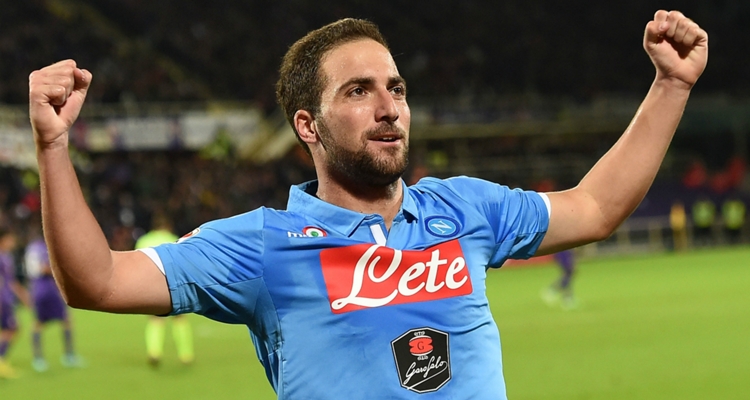 Finding a new goal-scorer has become a summer priority for the 63-year-old Dutchman after having watched Wayne Rooney, Radamel Falcao, Robin van Persie and James Wilson only manage to find the back of the net 26 times in Premier League play last season.

And now according to reports in Italy, the United boss is eager to sign a top goal scorer who he believes can deliver the goods, and is willing to pay whatever it takes to get the right man.

The 27-year-old Argentinian international is looking for a move away from Italy if Napoli does not beat Lazio in their final game of the season and fail to qualify for next seasons Champions League, and this along with Rafa Benitez moving to Madrid has the proven striker ready to make a move also.

Higuain has a massive £73.1 million buyout clause that no one will pay with strikers like Edinson Cavani and Karim Benzema available for £55 and £35 million respectively.

Louis van Gaal, if he is serious knows that Napoli only paid Real Madrid £35 million for Higuain a couple of seasons ago and will offer them a chance to perhaps get their money back but as for £73 million he will be at Napoli forever.