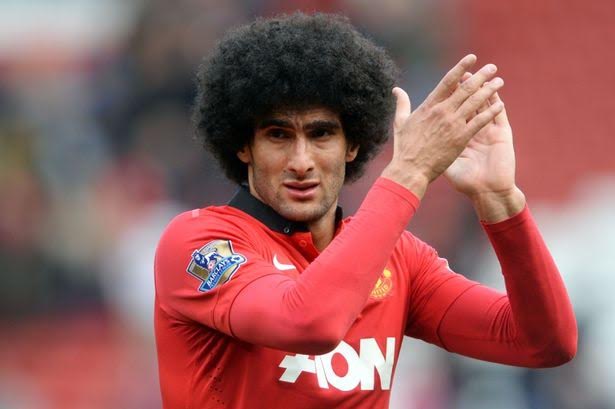 According to this morning’s Daily Star newspaper Manchester United has decided not to extend Belgium international midfielder Marouane Fellaini beyond 2018, and while the 27-year-old would like to remain at Old Trafford beyond that time the club sees him as a player who is expendable.

Being used by LVG primarily as a substitute club insiders say that he will be put up for sale next year with United hoping to get back a large part of the £28 million they paid to Everton for him in 2013.

The latest news on Fellaini also confirms that the big Belgium has pulled out of his country’s squad for the upcoming matches with Italy and Spain after having picked up an injury in training.