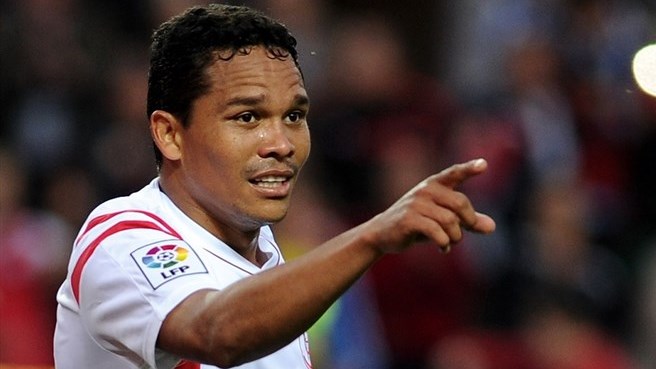 Manchester United manager Louis van Gaal has been studying a list of top players to bring to Manchester United this summer, and after deciding to send back Radamel Falcao to Monaco the Dutchman has made finding a regular goal-scoring striker a top priority.

It would appear however that van Gaal has identified Seville striker Carlos Bacca as the man he wants to replace El Tigre.

Like Falcao, Bacca is a Colombian international and has scored 25 times for Seville in all completions so far this season alerting not just Manchester United but also AC Milan and Liverpool.

The 28-year-old striker has a 30€ million release clause, but if United is serious they could probably get him for less, and still save a fortune on what they were paying Falcao each week.