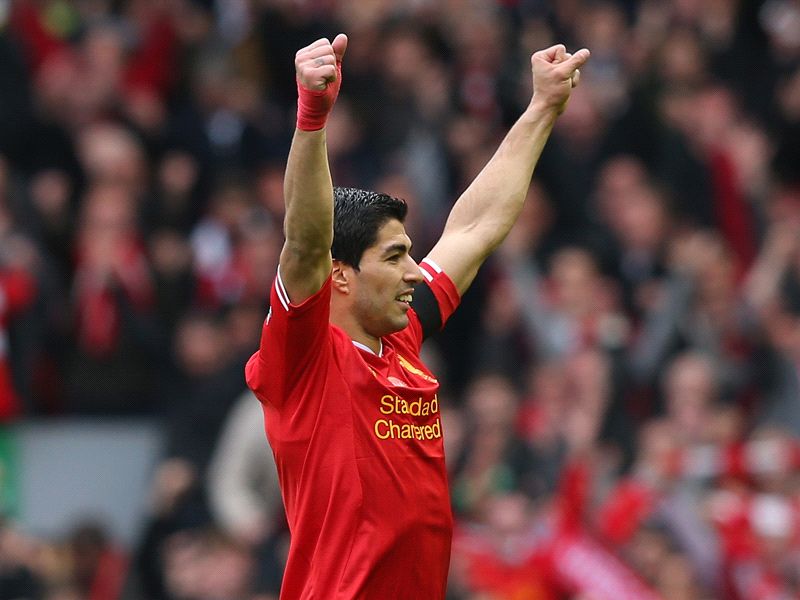 Liverpool striker Luis Suarez has been voted player of the year by his peers, writes Steve Bates in the Sunday People.

And the entire Liverpool team will be on hand to lend their support when he picks up his award at the PFA dinner in London Sunday night.

While Liverpool manager Brendan Rodgers has given the green light to all his players to attend the party, Jose Mourinho over at Chelsea has banned any of his team attending the glitzy bash despite Eden hazard being up for the main prize.

The gala dinner does not interfere with Chelsea’s strict 48-hour curfew rules ahead of matches, but the Blues boss wants his team focused on one thing and that is to book themselves a place in the Champions League final in Lisbon by defeating Athletico Madrid at Stamford Bridge on Wednesday night.

Liverpool play Chelsea at Anfield Sunday afternoon in a match that will either tighten their grip on the Premiership title should they win or allow both Manchester City and Chelsea a glimmer of hope should the Blues emerge victorious.

Yet while Mourinho’s boys will be on the train back to London Rodgers has hired a private jet to fly his team and their wives to London for the awards.