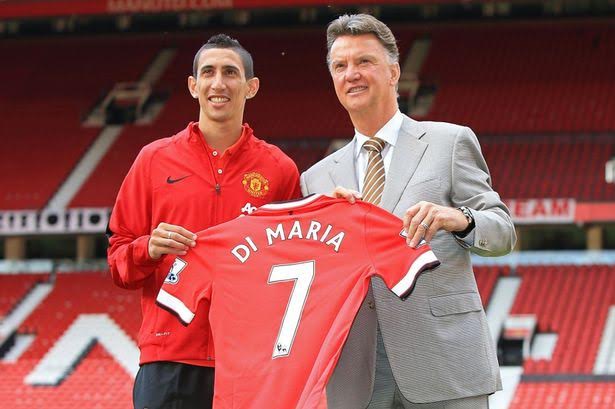 Manchester United boss Louis van Gaal had admitted privately that he made a mistake when he signed Argentinian winger Angel Di Maria from Real Madrid for a British record £59.7 million last summer.

Negotiations for the 27-year-old to now join Paris Saint-Germain are at an advanced stage, with the Red Devils ready to pursue a move for Barcelona forward Pedro once a deal is completed with the French champions.

Some Manchester United fans have levelled criticism at LVG and the club for letting their record signing leave Old Trafford after just one season, when he still has four-years remaining on his current contract, but it is the Dutchman’s belief that it is better to cut his loses now rather than try and get Di Maria to adapt to his system.

A United source said last night: “I think the manager realised he’d made a mistake with Di Maria and it wasn’t ­going to work.

“Of course, Di Maria had a four-year contract and the club could have made him stay. But the manager felt that would be pointless if he didn’t have the confidence Di Maria would produce what he wanted.”

Back in May van Gaal hinted that Di Maria could be headed for the Old Trafford exit when he said: “The players have had to adapt to the philosophy and Di Maria has to do that. He can still do that, of course, because every player can. But it’s important that he wants to do that in his head. When you are open for coaching then you can change. But a change of behaviour is difficult because it’s not easy.