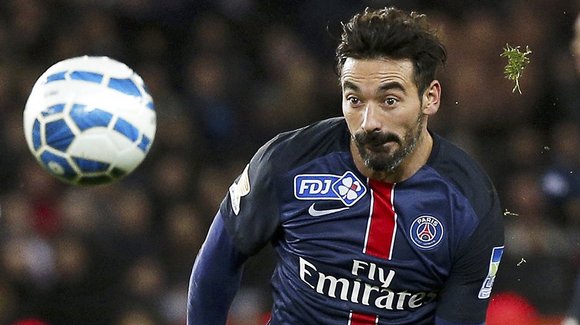 According to the Times of London it would appear as if Chelsea have found their new striker after talks with the representatives of Paris Saint-Germain winger Ezequiel Lavezzi went well.

The 30-year-old is set to leave the French champions at the end of his current contract next summer with the Times saying that Chelsea are confident on getting the Argentinian to move to Stamford Bridge on a free transfer.

Several other European clubs have been looking into the possibility of acquiring Lavezzi next summer with the fact he is available for free seen as a huge bonus.

Chelsea meanwhile face the prospect of losing Eden Hazard to Real Madrid, and must make a decision or whether to keep former Barcelona winger Pedro after a disappointing star to life in the Premier League.