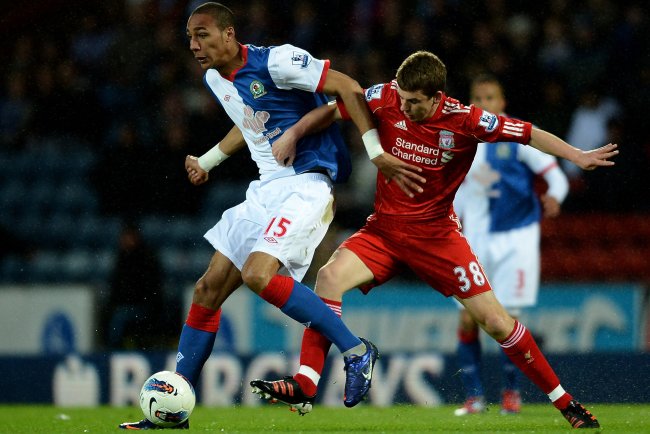 When the 3-3 draw with Everton was over there was a round of applause for one player as he entered the dressing room, and it wasn’t for the man who had come on as a substitute to score the equalizing goal.

The man the rest of the team were clapping was 20-year-old defender Jon Flanagan who had except for one mistake against Romelu Lukaku played a blinder of a game.

Sturridge on the other hand despite scoring a goal was blasted by the manager for not trying hard enough in training.

This is partly due to the fact of him having an on going thigh injury, and after playing 90 minutes for England against Germany midweek was not deemed fit enough to start against Everton.

Rodgers said: “I have seen it before. There is a trend. There are maybe some games when he hasn’t played well and that has happened on the back of not training.

“I have got to make a call. Do I put him in again? I know the games in which he has been very good.

“The games he has disappointed in have come when he hasn’t trained. That was the call I made for the derby.

“It is very simple for me. With any player, you have to put yourself on the training field. If you do that, you will be in with a chance of playing.

“If you don’t do that, there is a consequence – you don’t play.

“If you want to be a champion, if you want to win things, you have to be ready. For this game, I just felt Daniel wasn’t ready.

“Hopefully he will come in this week, have a good week in training and get back up to speed. If he does that, he will be in with a great chance of starting at Hull next week.”

Suarez scored one of his memorable free-kicks during the derby clash, but it was Jon Flanagan that Liverpool captain Steven Gerrard wanted to talk about.

“He reminds me of Jamie Carragher in a lot of ways,” said Gerrard.

“I don’t think you would judge Jon in terms of ability or skill, but he is all about heart, desire, determination and fighting for the cause.

“He’s a Liverpool fan like myself, so I know what it meant to him to come into a derby and finish as our man of the match by a mile.

“All of the players gave him a round of applause when he came in the dressing room afterwards – it was thoroughly deserved.”

When talking about Flanagan Rodgers said: “If he plays like he did against Everton, he is going to get football.

“I’m a big admirer of Jon because he has just kept persevering. In a game like the derby, I knew I needed characters.”